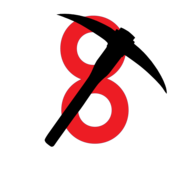 PiCrate is both a library and an app that allows you to create processing sketches in ruby on the RaspberryPI (or 64 bit linux). PiCrate is available as a gem (from rubygems), it requires JRuby to both install and run. It does not depend on a vanilla processing install.Tested on RaspbianOS on RaspberryPI3B+ and RaspberryPI4, also works on Manajaro distro (64bit) on RaspberryPI4.

PiCrate sketches are executable scripts that (but without the executable permission), that will run directly from jruby.

The gem executable is picrate, which can be used to install samples (and to configure GeanyIDE) and some processing libraries

Your PiCrate sketches need to require the picrate library, and can be run with jruby.